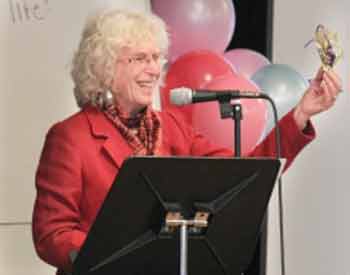 This lively interactive lecture includes the personal experiences of Bobbi Ausubel, who was active in the evolution of the U.S. Women’s Movement over the last several decades. Bobbi describes the obstacles she encountered as a female in the 1950’s and 1960’s. The amazing victories of this historic movement are explored, along with the limitations of the era's accomplishments. An interactive discussion with the audience about the needs of women today and the future of expanding human rights for women, will also be part of the talk. Bobbi is a feminist leader featured in the book Feminists Who Changed America and continues to be an activist for feminist issues. She has given talks at 20 universities across the United States. 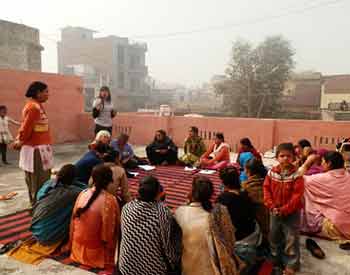 In this talk and rich slideshow presentation, Bobbi Ausubel brings alive the diverse stories of courageous trafficked women and girls with whom she has met and worked. Sometimes audience participants join in reading aloud from the collections of true stories of females from India, Nepal, Bangladesh, Guyana, and the United States. Bobbi describes the massive growth of the sex and human trafficking industries across the globe. She discusses positive changes that have taken place in various locations in which prostitution and pimps have largely been eliminated. Additionally, she examines the positive impact of increasing public awareness and governmental support. Finally, Bobbi explains the insidious ways traffickers operate on university campuses. 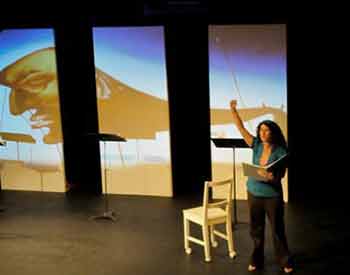 This talk explores feminist dramatic literature, theater history, and performance. Bobbi provides examples from an exciting array of contemporary womens’ plays to illustrate the wide spectrum of womens' interests related to gender as well as social, political, and personal issues. Bobbi Ausubel, a theater artist in her own right, will also speak about her own creations as a playwright and director, including How to Make a Woman. Segments of videos from this play, which ran for 3 years and is widely recognized as the first feminist play in the Second Wave of the Women’s Movement, will be shown. How to Make a Woman was an important part of social and political change in the Boston area in the late '60s and early '70s. Bobbi may engage participants in performing monologues from a more recent play she co-authored with Rivka Solomon, That Takes Ovaries, which had dozens of productions nationally and internationally (NOTE: this workshop can also be expanded into a playwriting process). 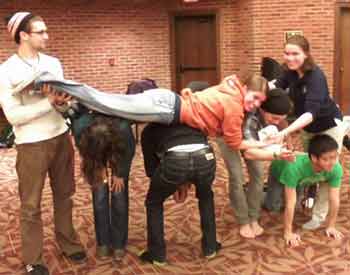 This workshop opens with exercises and improvisations using the body as a source to explore dramatic scenes and monologues. Participants are invited to use their own monologues and scenes or use ones that will be provided. Workshop attendees present their work to the group, integrating discoveries they have learned. Bobbi will provide feedback and offer ideas to strengthen scenes and expand actors’ use of their bodies. In the past, some acting workshops have focused on social change themes.

Bobbi was acting faculty of The Boston Conservatory Theater Division for 20 years, which has a nationally-acclaimed musical theater curriculum and offers a Bachelor of Fine Arts in Musical Theater. 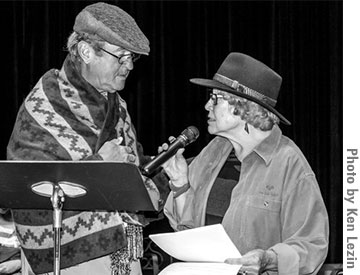 In this workshop, participants engage in creative exercises and are coached to explore their memories for material that they can translate into short monologues or scenes. During the workshop stories are edited and transformed into theater pieces. Workshop attendees are provided directorial feedback and acting coaching throughout the process. Participants may elect to perform their monologues publicly in final performances.

This process was used in 2015 to create a new play, Our Wild and Precious Lives, which was successfully performed with seniors for the public. 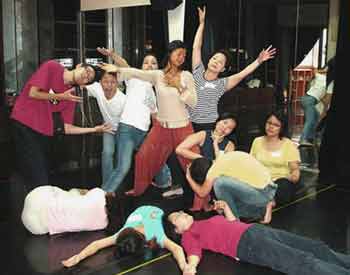 This workshop uses innovative techniques from the expressive arts arena to facilitate a therapeutic process. Participants are guided through physical and emotional warmups, followed by exercises using principles from drama therapy, an expressive arts therapy modality that integrates theater and therapy.

In a dynamic and creative process, participants may role play themselves and/or significant people in their lives in order to explore relationships and work through impasses. Workshop attendees will also explore their own material and feelings that arise from witnessing the process of others.

Bobbi Ausubel has been a Registered Drama Therapist since 2000 and trained at the Omega Theater in Boston, where she is currently on the faculty of the Transpersonal Drama Therapy program. The book The Heart and Soul of Psychotherapy, edited by Saphira R. Linden, includes a chapter authored by Bobbi Ausubel about her work as a Drama Therapist.